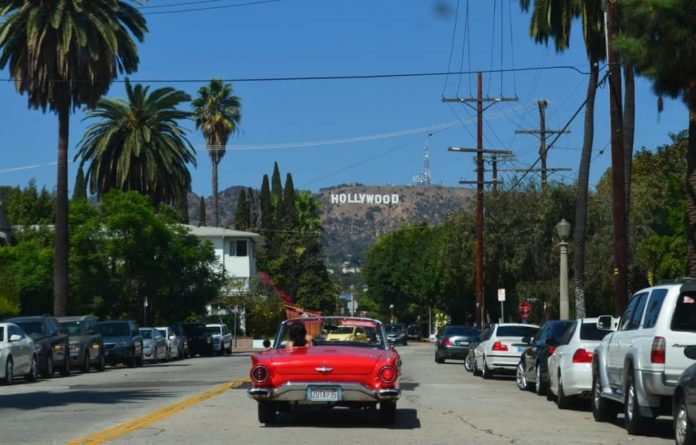 There’s a British invasion afoot in Hollywood, although many of us don’t realize it. This is likely because we hear these British actors speak with perfectly passable American accents a lot of the time, making us believe they are, in fact, US citizens. In truth, however, these actors and actresses hail from the great United Kingdom, and it’s time we gave them their due. So without further ado, let’s look at ten actors you might not have realized were British.

Despite his convincing portrayal of American Chris Washington in Jordan Peele’s film, Get Out, Daniel Kaluuya hails from London, England. In fact, Kaluuya began his television acting career by playing Posh Kenneth on the widely popular British series, Skins. He even co-wrote a few of the episodes.

Is there anything more American than a tough, bearded dude on a Harley? Probably, but nonetheless, the image is iconic to the States. This is why it’s perhaps surprising to know that Sons of Anarchy star Charlie Hunnam is not actually American. Hunnam was born in Newcastle, England, and before Sons of Anarchy, he was best known for playing the title role in the very British movie Nicholas Nickelby.

Many people assume that Naomi Watts is Australian, when in fact, she’s as British as they come. Born in Shoreham, Kent, Watts moved to Australia when she was fourteen. This is perhaps where some of the confusion comes from. Also adding to the confusion is the fact that she made her film debut in the Australian film For Love Alone. However, she is best known for Birdman, which you can find pretty much wherever you stream movies online.

Andrew Garfield was born in Los Angeles, but because he was raised in England and has a British accent, we consider him a British actor. Garfield is perhaps best known for playing Spiderman in the 2012 movie The Amazing Spiderman and its 2014 sequel. However, despite being renowned as an American superhero, Garfield is the proud recipient of a BAFTA for his role in the British show Boy A.

Star of the critically acclaimed film Moonlight, for which she was nominated for a number of major awards, Naomie Harris is maybe best known for playing Moneypenny in the James Bond films Skyfall, Spectre, and No Time to Die. Additionally, she played Frances Barrison/Shriek in the film Venom: Let There Be Carnage.

Many people were fooled by his American accent in the movie Kick-Ass. People were also fooled by his Russian accent when he played Pietro Maximoff in Avengers: Age of Ultron. However, Aaron Taylor-Johnson is, in fact, British, hailing from Buckinghamshire, England. Fans can look forward to seeing Taylor-Johnson return to the big screen in the superhero epic Kraven the Hunter.

Trudging through the apocalyptic environs of The Walking Dead as Rick Grimes, few would peg Andrew Lincoln as anything but American through and through. However, if you were paying attention, you would realize that Lincoln had previously starred in the very British romantic comedy, Love Actually. He used his real accent in Love Actually, whereas he faked his American accent in The Walking Dead. However, if he fooled you into thinking things were the other way around, don’t despair. Lincoln’s performance in The Walking Dead was so good it earned him multiple Saturn Awards for Best Actor on Television.

Despite being born in London, England, Star of Billions and Homeland, Damian Lewis has a flawless American persona. You would be forgiven for thinking he’s true blue and red, given how realistic his portrayals of US soldiers in Band of Brothers and Homeland were. He even won an Emmy and a Golden Globe for his role in Homeland.

Whether you recognize him from We’re the Millers or Detroit, Will Poulter has played an American so often that you might never suspect that he hails from the Queen’s country. However, if you think back to 2010, you may remember that Poulter played a central role in the British fantasy film The Chronicles of Narnia: The Voyage of the Dawn Treader.