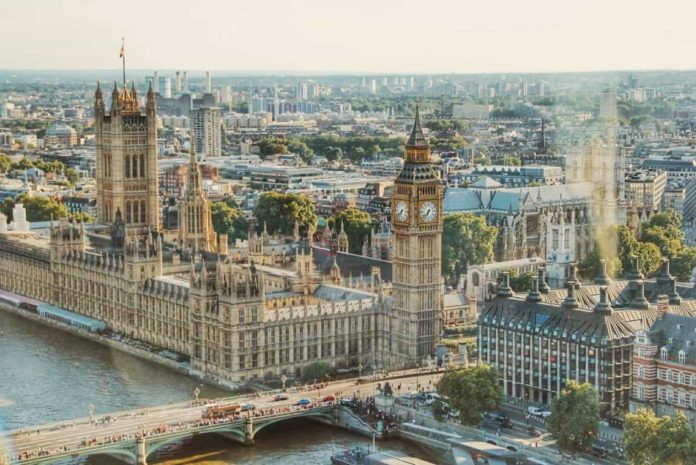 Quiet and shuttered is the perfect way to describe the last couple of years. Today, though, the ravages of the pandemic are dying down, and if you want to see humanity resurfacing in all its glory, there’s no better place to witness it than Oxford. One of England’s most prestigious cities, Oxford, is the very picture of the imposing spires and rustic cobbles that come to mind when you think of the country. You can find hundreds of things to do in oxford on your visit to this vibrant college town.

What to Do In Oxford

Nature lovers will prefer to check out the UK’s oldest botanical gardens at the Oxford Botanical Gardens, housing one of the most extensive collections of plant species in the world.

On the other hand, if you’re interested in the rustic feel of Victorian England, you can follow the Inspector Morse Trail. This tour takes you around locations (mostly pubs, colleges, and famous buildings… okay, a lot of pubs) frequently mentioned in the Morse, Lewis, and Endeavour series.

What to See In Oxford

The first thing you’d think about Oxford is that it’s a momentous city, and honestly? You wouldn’t be very wrong. This city’s cobbled paths and red-brick alleyways hide both tremendously essential spots like the graves and mausoleums of world-renowned authors and light-hearted social places like museums dedicated to wigs in the 1800s!

Top 10 Things to Do in Oxford

The beauty, the sincerity, and the electric air of Oxford that hums with history and vibrance demand you take as long as possible to explore every single thing Oxford has to offer. Sadly, like always, real-life comes knocking on our doors, reminding us we only have so much time to explore the City of Spires. That’s why below, you’ll find a quick rundown of things to do in Oxford, including buildings and architecture steeped in hundreds of years of glorious history:

1.      Walk Through Blenheim Palace: The Birthplace of Winston Churchill

When it comes to the modern history of the United Kingdom, few figures play a part as important as Winston Churchill. This inspirational leader guided England through history’s most brutal war.

Blenheim Palace, a simply giant baroque country house with huge gardens and parkland attached to it, is where Churchill was born and stands to this day as a monument to England’s most capable leader.

Oxford University is the heart of this city, and today, it’s one of the most architecturally (and academically!) impressive universities in the entire world. Experienced guides, who are often the university’s alumni, offer thorough tours of the campuses and quads the colleges located inside Oxford University.

Regardless of who you ask, It’s an absolute must-see for tourists new to the city, as a lot of the city’s baroque architecture is focused inside the confines of this university.

Strictly speaking, the Pitt Rivers Museum houses exhibits on archaeology and ethnography. In reality, though, Oxford’s largest museum has just about everything you could want to see in a museum (and quite a lot of things you possibly wouldn’t, like an extensive collection of shrunken heads!).

As for what you should check out in this museum, the best recommendation would be the museum’s collection of old manuscripts, tribal eggs, and 200 highlights of English arms and armor!

4.      Spook Yourself Out On the Theatrical Ghost trail

Oxford isn’t one of those places you visit, tour, and come back with a couple of fond memories. It’s a place that stops you in your tracks, and quite frequently over the years, what’s doing the stopping has been the city’s history as the UK’s most haunted city.

Modeled after the various stories and tales of fallen cavalry and long-lost lovers that haunt Oxford city, this theatrical ghost trail will find you being led across the quietest and most haunting places in the City of Spires.

If you’ve never heard of J. R. R Tolkien, it’s very likely you’re just coming out of hibernation after a long, long time. John Ronald Reuel Tolkien, born 1892, is the man behind the famous Lord of the Rings, The Hobbit, and Silmarillion series. His works inspired the Lord of the Rings movie series, which stands up there alongside evergreen classics like Harry Potter and Terry Pratchett’s Discworld series.

Easily accessible by a bus ride, you can visit this famous writer’s grave at the Wolvercote Cemetery in Oxford, where he and his beloved wife are buried together.

6.      Relax In the Serene Beauty of Saint Margaret’s Well

Think again if you think Harry Potter, Narnia, and the Lord of the Rings are the only world-renowned franchises to come out of Oxford. Saint Margaret’s Well, a holy well located in the rustic but beautiful village of Bimsey, was the main inspiration behind C. S. Lewis’ Alice in Wonderland series, a popular title for both children and adults.

Many versions of the legend behind Saint Margaret’s Well exist today: some say the well was a blessing from God to restore the eyes of a Prince who loved Saint Frideswide. The reputation of this holy well’s healing waters is what drew Lewis to write the ‘A Mad Tea Party’ Chapter of Alice in Wonderland.

7.      Play A Game At Thirsty Meeples Board Game Cafe

Thirsty Meeples is wildly different from the other spots on this list. For one, it’s not an old building or piece of architecture. Instead, Thirsty Meeples is a board game cafe that contains thousands of board games and is usually packed with avid players looking for a relaxing time out from daily life.

If you’re planning to spend time at Thirsty Meeples, though, it’s very advisable to book a table ahead of time, as the crowds that frequent this cafe can often clog it up for hours!

8.      Enjoy Luxurious Imprisonment At the Oxford Castle and Malmaison Hotel

The words luxurious imprisonment don’t exactly go together, but that’s precisely what the Malmaison Hotel offers you. An 18th Century prison that has since then been converted to a hotel, you can stay in an actual 200-year old prison cell, albeit with every creature comfort you could want.

The Oxford Castle, on the other hand, often goes unnoticed. It’s not just another dreary castle in the backdrop of the UK: the Oxford Castle offers both a stunning view from St. George’s Tower and a visit to a creepy crypt that’s been under the castle for more than 900 years.

George and Davis’ Ice Cream Cafes are perhaps one of Oxford’s best examples of unique and vibrant cuisine approach. These ice cream cafes are open till midnight every day and offer a large variety of delicious, fluffy baked goods, bagels, and, well… ice cream!

Whether you’re buying warm baked goods for a morning breakfast or delicious ice cream for a rainy afternoon, tourists who have been to Oxford recommend visiting G&D’s Ice Cream Cafes at least once.

Big production budgets and sheer star power can often propel a movie to considerable heights, but if you want to see how good films can get, take a bus down to Ultimate Picture Palace, located just off Cowley Road in East Oxford. Ultimate Picture Palace, often shortened down to UPP, shows some of the best indie films and 1900s classics worldwide, ranging from 60s french thrillers to the latest Hollywood indie films.

Ask anybody who’s been there, and they’ll feel comfortable telling you that there’s no shortage of things to do in the City of Spires. A magnificent city that has at times housed some of the most famous poets to come out of the country, Oxford has something for everybody. Oxford sports museums housing collections that can put London to shame and pubs steeped in lager going back centuries, along with a bucket list of other locations that easily make this city an absolute must-visit in England.