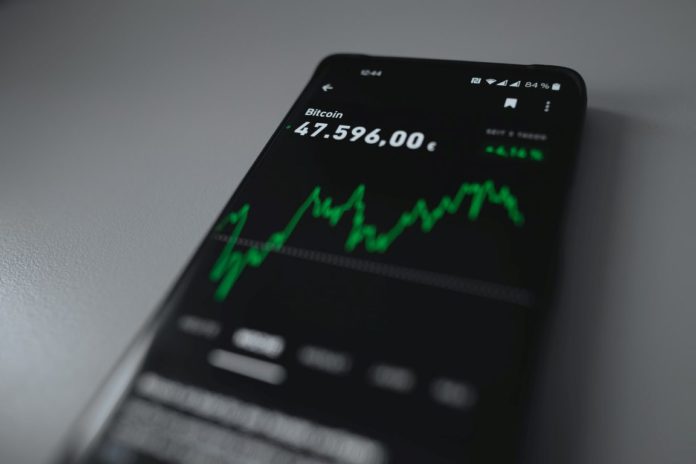 If you have landed on this article, you are on the hunt for Bitcoin’s 2022 prediction.

We, The Business Time, take pride in our information network and assure you that whatever information you get on our platform is authentic and genuine. Today, we will discuss one of the hot topics in the investment market – Will Bitcoin Reach $100K by 2022?

After another record-breaking bull run, Bitcoin has proved itself, once again, why it is the most desired and digital investment asset on the planet.

When the globe suffered from a financial breakdown due to the COVID 19 pandemic, Bitcoin proved to be the only investment running on a positive curve.

On the 8th of November, Bitcoin managed to hit a new all-time high price of $67,582. Although Bitcoin was not able to hold this value for long, it certainly showcased that it can grow.

Bitcoin is the firstborn Cryptocurrency. Since its introduction to the market, it has been the number one Cryptocurrency. The first-ever Bitcoin was mined in 2009. At that time, the price of one Bitcoin was $0, and just a few Crypto nerds will mine the for fund and collectibles.

The first year of Bitcoin didn’t see any major changes. The major breakthrough came in 2010 when the Bitcoin Pizza transaction happened. A person named Laszlo Hanyecz spent 10,000 BTC to buy two Pizzas. Perhaps we can consider these two Pizzas to be the costliest Pizzas in the world. By the way, at that time, 10,000 BTC cost only $40, so pretty much anybody could afford that. And now people buy BNB, BTC Bitcoin for much higher prices.

This was the event that marked the monetary value of Bitcoin. After this event, Bitcoin started slowly to grow its roots in the market. By the end of 2013, the price of Bitcoin had reached $1000.

After the second Bitcoin halving, the world experienced the first successful rally of Bitcoin in 2017. This was the first time when Bitcoin crossed $19K. However, people feared that the Bitcoin bubble would soon burst.

The start of 2020 was unstable, with only $5000 per BTC. Since then, there has been a year-long rally that you already know about.

The Intrusion Of Institutional Investors

Big tech companies are already supporting the world to make it a better place. But, what else do they have in their bag for the financial ecosystem?

Yes, Financial giants like PayPal, Square, and JP Morgan have shown their support for Bitcoin and trust its potential. If we are looking at the Bitcoin industry alongside these big names, Bitcoin can breach the market of $100K in no time.

When the price of Bitcoin reached its all-time high this April, many investors were left breathless. Experts speculate this escalated curve was due to high adoption.

If adoption is what makes Bitcoin the king of Digital investment, why don’t you take part in it? Visit 1k daily profit for easy registration hassle-free investment.

The digital currency that was once viewed as a mysterious entity and people restricted them from affiliating with Bitcoin has now exploded. The value of Bitcoin is never as high as it has been in 2021.

Furthermore, the pandemic has allowed people to have enough time to understand what Bitcoin is about. This has escalated Bitcoin’s popularity among all age groups.

The popularity of Bitcoin is to the extent where it can be considered a mainstream current. Giant financial institutions like PayPal, Square, Jp Morgan are now offering Crypto services.

If we consider everything that we just talked about in this article, Bitcoin certainly holds the potential to reach $100K by 2022.

This is what we have concluded. What’s your take?