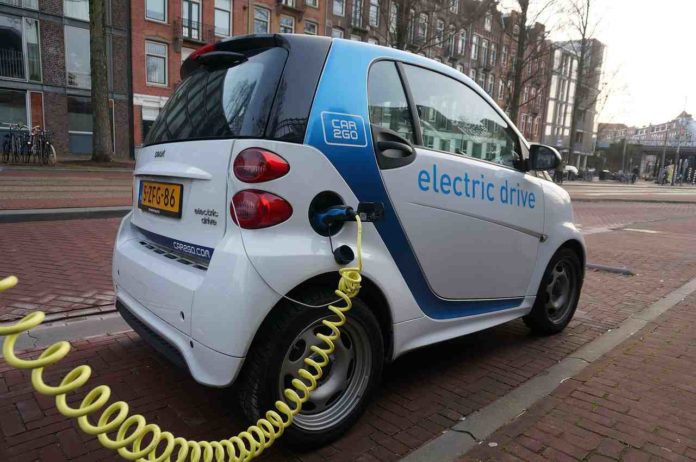 Fuel prices are at an all-time high in the UK, with some petrol stations seeing rises of 20p a litre or more in just one week. Naturally, in response, the electric vehicle (EV) market has seen a surge of interest from Brits, with 37% of us making enquiries.

Throw in the government’s plans for net-zero emissions by 2050; it’s clear that time is running out for traditional internal combustion engines. Plus, with more savings to be made behind the wheel of an electric motor, the landscape of the motor industry is rapidly changing.

With that in mind, here’s why now is the time to switch to an EV:

Charging is cheaper than filling up at the pump

Prices at the pump had already hit an all-time high in over a decade this year, with average petrol prices sitting at the average of £1.39 per litre and diesel at £1.46. But then, war broke out, and prices have continued to surge to £165.2p (average) for petrol and £177.2p (average) for diesel.

But what does this mean for the EV market? First off, it highlights the amount of savings you can make charging from home rather than filling up at the pump.

On average, a year’s petrol or diesel costs well over £1,000, but if you choose to go electric and charge up overnight at home, costs can come to under £150. Even with the threat of energy prices soaring up, it still works out cheaper to own an EV.

One in five new cars bought are EVs

Yes, the UK has a mammoth task on its hands to replace over 32 million cars with EVs, and while the complete infrastructure isn’t in place yet either, we’re not far off overall.

Today, EVs now account for one in five new car purchases, which far outpaces all previous and current sales forecasts. In 2021 alone, the UK hit 190,727 units, a whopping 75% increase from the 108,205 EV units sold the previous year.

You see, drivers are becoming more acutely aware of the potential savings that come from making the switch to electric, especially in the wake of rising fuel prices.

With your average motorist more aware of the hard evidence in front of them at the pump vs what their electricity bill could be, it’s easy to see why.

Tesla Model 3 was the UK’s best selling EV of 2021. With its hi-tech appeal, futuristic design and offering one of the best mileage ranges on the market, it’s no real surprise. But, it’s not the only EV below the £40k threshold to shake up the industry. The VW ID.3, BMW i3 S and the Nissan Leaf e+ are all along for the ride with their bold designs and hearty battery capacity.

But the upfront costs of an EV can throw a real spanner in the works for some prospective buyers. However, that’s where the government’s Plug-in Grant scheme comes into play. With a lump sum of £1.500 at your fingertips, the dealer will knock down part of the price straightaway as long as they are part of the long list of approved vehicles on the gov.uk website.

The best way to make an EV as affordable as possible has to be car finance. It allows you to get your hands on the latest models without having to front the cash. Instead, you opt for low monthly payments over a few years to pay off the full amount via a lender. This could be a Personal Contract Purchase (PCP), Hire Purchase (HP), a personal loan or a lease, depending on your preference.

However, like any type of loan you apply for, some people will get rejected as their personal credit history may not fit the criteria the lender or dealer is happy to take a risk on. Fortunately, there are specialist lenders out there willing to take the risk. Whether you have a bankruptcy, default, IVA, CCJ, or you’re simply self-employed, poor credit car finance is available.

EVs are no longer the new kids on the block, which means there is a bigger used market now available than ever before. With prices averaging £14,000, it’s a cheaper way to buy an electric car if you’re not quite ready to make the full leap with a newer model.

While some car finance deals will cover the cost of a used EV, you will want to consider everything from battery condition to if the car is still covered by a warranty before you commit to buying.

London’s Ultra Low Emission Zone (ULEZ) was the one that started them all. Since it debuted in April 2019, the zone has expanded to cover most of Greater London bounded by the North and South Circular roads. With a £12.50 daily charge, if your vehicle is not ULEZ compliant, the scheme has vastly improved air quality throughout the city since its launch.

Since then, low emission zones or Clean Air Zones (CAZ) have sprung up across the country in various cities, with others set to join them in the coming years. Currently, Bath, Birmingham and Portsmouth are operating CAZ with Bristol, Bradford and more launching in late 2022.

The most significant push of all the schemes is to get drivers to reconsider what type of vehicle they drive. Currently, there is no penalty if you drive a Euro 5 petrol or Euro 6 diesel vehicle within any of the zones. But, with the net-zero deadline on the horizon, this is likely to change much sooner than you think.

Pure electric vehicles are currently free of charge and will likely remain fee-free until there is a need to make up the deficit of no fuel tax charged at the pump.

Have you thought about upgrading your vehicle? With fuel prices showing no signs of slowing down and a range of affordable incentives available, there’s never been a better time to switch to an electric vehicle.

What is Google Workspace? Why Has The Service Suddenly Become so Popular?