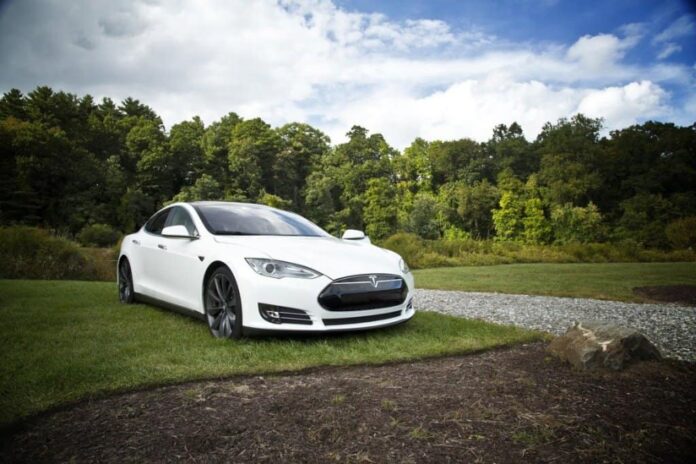 The future holds many changes we are bound to take, and electric cars are one such thing. Either we will run out of resources and the price of fuels will become sky-high, or there will be even worse situations if we don’t realize the facts soon. We will discuss the best electric cars in the UK and an ideal investment by comparing several models. These are well-built models that have witnessed high sales and have been fiercely brutal in competition against their counterparts.

There have been extremely well-devised marketing tactics for these models by their brands. These brands aren’t entirely electric manufacturing units but have petrol and diesel vehicles as well. They aim to increase their electric vehicle manufacturing capability and are constantly trying to bring awareness. One such marketing tactic is currently in use by Audi Electric. Audi Motors, the sponsors of Bayern Munich, a very popular football club, started promoting their electric cars through Bayern players. The popularity of these players and the audience in seeing their idols are promoting these cars led to the rise in sales of electric cars in the Bavaria region and subsequently in Germany.

Here is a list of 6 best electric cars and some details:

Worth the wait for English citizens, one must say. Released a long way after the original release, this model is simply the best from Tesla in today’s date. It is the perfect electric car that can match comfort-seeking drivers and can be bought by a family with 5 members, as it is a 5 seater car. Five adults can be easily accommodated in this car, making it the perfect car for UK residents where the family size is barely more than 5. Also, children and pets can be accommodated after all 5 adults occupy the seat. It is renowned for its acceleration which can hit 60mph in 3.1 seconds. It has a very well-designed sensory system which makes it ideal for British roads to auto-drive and relax. Tesla Model 3 is ranked as one of the best budget electric cars globally, and upcoming models of Tesla and other companies design their cars keeping in mind the success of this model.

Probably the best-looking electric car on this list, it is designed by the mastermind Michael Mauer. The design boasts of high-class interior based on the lines of the 911 model and has a comfort quotient that equals it. It is a faster model than Tesla’s Model 3, with an acceleration of 0-60 mph in just 2.6 seconds. Yes, you heard it right, an EV that is capable of delivering this power. The car’s body is very well designed with two PMSMs which can be of much use as they take the assistance of the earth’s magnetic field. This helps the car to create a permanent magnetic field. The battery life is highly praised as the car’s cooling, and thermal state is a major win for the design team.

The electronic variant of the world-famous Ford Mustang, Mach-E, has been widely ranked as the best electronic SUV available. This is a very meaningful investment if one decides to buy this car. This is particularly designed keeping in mind long road journeys and big families, which is a win-win for UK residents. Ford Mustang Mach-E has kept several EV engineers and critiques awestruck through its performance and power. As claimed by Ford, it is “designed by the people, for the people”. This is even more convincing for the citizens of the UK who are constantly demanding reliable cars which will give the best results on the road. The open-top design makes it perfect for hiking and picnic trips where one can also gaze at the stars while relaxing inside the spacious car.

The German car manufacturers have taken the job of electric car manufacturing very seriously, which is pretty evident looking at the models. This is one of the most affordable yet elite EVs in the world. Volkswagen ID.3 gives straight competition to Tesla Model 3 in terms of nearly everything. It will suit the audience of UK very well as it is the compact and people’s car everyone looks for. The performance tests have been hugely satisfactory, with most of the tests being repeated. The cars still produce better results whenever a test is scheduled with continuous runs.

As you look in the list, all the brands are well known for decades and have successful fuel-run vehicles. But Polestar 2 is different in that sense. It is an electric vehicle model with a lesser-known brand but has given straight competition to Tesla and is making the announcement as one of the topmost electric vehicles manufacturers. Though a bit pricy than the traditional brands producing electric vehicles, Polestar 2 has the performance which will hook people onto it. This car is mainly aimed at a younger audience that loves speed and performance.

Jaguar i-Pace has a very good body that enhances the aerodynamic capability of the car and gives it a look that is no less than any sports car. By launching it, Jaguar became the first luxury car brand to venture into the world of electric vehicle making. The luxurious design is truly according to the lines of what Jaguar stands for, and the model has been hailed as it sticks to authenticity. This model caused much anticipation among the Jaguar fans who were waiting for the electric variant.

There’s still more to be preached about electric cars to people around the world. More awareness is to be raised as it will only contribute to the greater good. Electric vehicle ownership in the UK is steadily growing as the vehicle market is slowly infusing electric vehicles from several brands, and new models are being inducted almost every month. These zero-emission vehicles will help us battle climate change and increase carbon dioxide emissions and create a haven for drivers.

Securing The Right Deal for Your Car Insurance