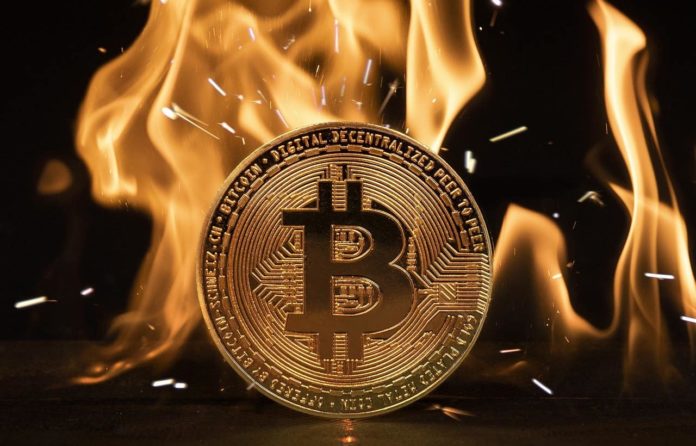 Coin burning is a procedure used by cryptocurrency communities when they desire or need to destroy a certain cryptocurrency’s units. These coins are essentially removed from circulation as a result of this procedure.

When a cryptocurrency token is delivered to an unusable wallet address to destroy it, this is known as “coin burning.” Known as “burn addresses” or “eater addresses,” the addresses are inaccessible to anybody. After sending a token to a burn address, it is no longer available to the user.

It’s possible for anybody who possesses a cryptocurrency to burn it, but doing so isn’t exactly something you’d want to do for no reason.

In most cases, the creators of a cryptocurrency decide to burn a set quantity of money. As the supply of a particular cryptocurrency is reduced by the practice of coin burning, the tokens themselves become rare. As a result of this shortage, the price may rise, which is good news for investors. This is often a good sight for traders and investors. They may take advantage of this opportunity. If you are one of them who wants to dip your toes in the crypto space, the Bitcoin Profit website’s automated system provides assistance in establishing your position in the crypto market. Read more about crypto trading with Bitcoin Profit on their website.

There are a few things to keep in mind when it comes to burning coins. Not all cryptos will benefit from this. Many people see little to no value in it at all.

The mechanics of it

The act of burning a cryptocurrency reduces the overall circulating supply and raises the relative scarcity of the coin in question by permanently removing it from the network. An “eater address” or a “burning wallet” is a crypto wallet with unreachable private keys that users utilise to do this. Coins no longer exist as a result of this permanent transaction, which was verified on the blockchain.

There are many reasons why a cryptocurrency may burn coins regularly. Spam prevention, boosting a coin’s value, and displaying a dedication to the crypto’s future are all possible reasons for coin burning.

Distributed Denial of Service (DDoS) attacks may be mitigated, and spam transactions slowed down with the use of coin burning. Coin burning results in a transaction charge, much as bitcoin transactions or smart contract calculations need a tiny fee to be paid.

Some blockchains have chosen to include a burning mechanism rather than charge miners a fee for confirming transactions. With this approach, a portion of each transaction transmitted may be automatically obliterated. In the case of Ripple (XRP), here is how it is done.

Supply and demand imply that if a product’s supply falls, the price must rise to keep up with the increased demand. So, Satoshi Nakamoto engineered the Bitcoin protocol to “halve” every four years, which cuts block reward for miners by 50%, resulting in less bitcoin being released into the public market.

What is coin burning? In this context, the destruction of coins serves a similar function. Burning coins lowers the supply of coins.

Unlike fiat currencies, which may be printed indefinitely by central banks, certain cryptocurrencies have set supply restrictions and are thus deflationary. Only 21 million coins of the cryptocurrency, Bitcoin, are now in circulation.

Because there are a finite number of Bitcoins, the more individuals who want to purchase, keep, or use it, the higher the price will grow. Bitcoin’s price may continue to rise as long as demand and supply remain consistent and constrained.

Coin burning may occur for other cryptocurrencies, sometimes in an attempt to regulate supply in a manner that promotes scarcity and attempts to mirror the supply and demand dynamics of bitcoin.

The proprietors of a crypto project may burn money on their network as a way to demonstrate their devotion to the concept of scarcity. As a result, everyone in possession of a token feels a bit wealthier. Owners may do this on a regular or one-time basis using a burn mechanism or a one-time event.

Coin Burning at the Protocol Level

Earlier, we explored a consensus method that relies on proof of burn. Coin burning is integrated into the protocols of PoB-based blockchains. This implies that as long as the currency is in circulation, burning will occur regularly.

At the protocol level, coin burning may be used as a spam-blocking method. Transaction fees are necessary to prevent the network from being flooded with bogus transactions, as previously stated. This may be done by burning a part of each transaction automatically. Transactions may be completed more quickly and at a lower cost as a result of this.

Secondly, developers may elect to burn coins to regulate inflation by limiting the number of currencies produced.

There are several examples of this, including the purposeful destruction of ICO tokens that have not yet been sold. It is possible that the developers of a new project had hoped to sell all X amount of coins but failed to do so. The programmers might decide to burn the extra coins to keep the supply stable.

Coin Burning in Lieu of Dividends

Coin burning may also be used as a kind of dividend payout for coin holders in certain initiatives. Coin burning compensates token holders if the token’s owners run a company that creates cash flows, like a crypto exchange, for example.

The owners might purchase back tokens from holders and burn those tokens, raising the value of everyone’s crypto. Traditional dividends may be replaced by this, which may be subject to securities restrictions. In certain cases, a burning procedure might be a one-time occurrence or a recurrent one.

Burning coins removes them from circulation and permanently destroys them, limiting the available quantity of that token. The reasons for doing so differ, but the crypto community generally considers them to be favourable. Different types of cryptocurrency use coin burning in different ways, and it’s important to understand the approach of any crypto in which you’re considering investing.