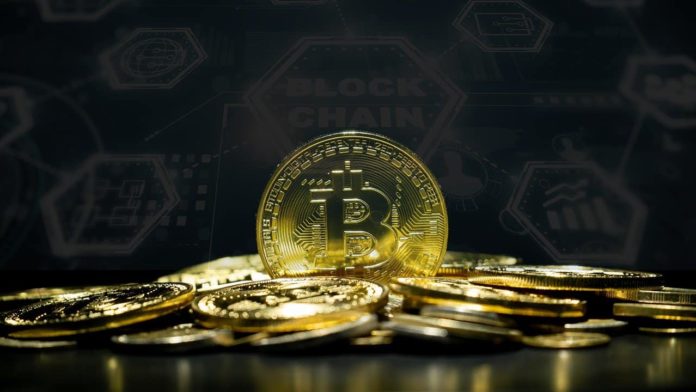 Cryptocurrency is entering mainstream consciousness and has been making waves in the financial world. Some say it’s a bubble, while others are just speculating which direction it will go next. For Bitcoin investors, these are troubling times. The price has dropped almost 50 percent since earlier this year, and the number of retailers accepting bitcoin payments is still very low. But that’s not to say Bitcoin can’t gain mass. It just needs to overcome some of these obstacles. And there are two key issues it must overcome in order to become the next big thing: scaling and regulation.

With both of these things, Bitcoin was destined to be the next big thing in technology.

The price of one bitcoin has held remarkably well in the face of highly publicized hacking attacks and a flood of new digital coins.

Like stocks, the price of bitcoin is dictated by supply and demand. When demand for the currency increases, prices go up; when demand falls, prices go down. This is largely due to the fact that there are only so many bitcoins in circulation, and people are always searching for them.

That’s why bitcoin’s resilience to the crises it has faced can only be explained by its staying power. And that’s why so many investors are starting to take note and give Bitcoin a shot.

There is no government backing for Bitcoin.

Unlike fiat currencies like the US dollar, Bitcoin was not created by the federal government and did not have the backing of any central institution. This means that there is no way to make mistakes or institute penalties for using them. They are completely decentralized.

This decentralized nature also means that Bitcoin is free from the inefficiencies and inflationary nature of states. This means that Bitcoin transactions are not subject to high fees, which helps us understand its massive growth in terms of transaction volume. It also means that there’s no way to diminish the supply of bitcoin arbitrarily, even if there were a mass withdrawal. This is why some would say it’s a bubble.

Bitcoin is the most decentralised way to buy things online.

There’s no denying that Bitcoin is beginning to become a bigger and bigger part of our lives, especially for online transactions. It’s the way the internet was meant to work: peer-to-peer, fast, and free transactions. In fact, it’s helped circumvent government regulations by allowing people to send money across international borders much more easily than ever before.

It’s also helped millions of people in places like Venezuela, where the local currency has lost a lot of its value due to hyperinflation. With Bitcoin, you can buy and sell things without having to rely on a local currency. The problem is that if you trade in USD or Euro, you have to navigate the banking system; if you trade in Bitcoin, you have no such problems. Thanks to its non-regulation.

It’s easy to use Bitcoins for payments online.

It’s just as easy to transfer Bitcoins in your wallet as it is to give someone a dollar or euro bill. There’s no need to go through a third party like PayPal or Payoneer, which means you cut down on the fees and delays that come with those transfers. You can also make transactions in seconds rather than waiting for hours for a payment to clear.

The growing number of online vendors who accept Bitcoin payments makes it easy for you to pay for goods and services without worrying about converting them into your local currency. So if you’re looking for a way to get around the banking system, it’s hard to deny Bitcoin’s usefulness.

You can create your own bitcoins.

The only way a new bitcoin can be created is through a process called mining, which requires powerful hardware and advanced software knowledge. You might not know it, but when you pay for things with bitcoins, miners are the ones that verify your transaction and record it in what’s known as a distributed ledger. Bitcoin prime is a unique opportunity that allows you to maximize your bitcoin trading potential. The combination of the two systems results in an incredibly powerful tool that can help you make money through bitcoin trading. By using this system, you can improve your chances of making a profit and increase your earnings potential.

Even before miners came along, there was a group of Bitcoin owners called the “early adopters.” These people first mined bitcoins on personal computers and won coins for solving mathematical problems. They could also earn bitcoins from special Bitcoin faucets where they could fill up their digital wallets free of charge. Even today, you can mine your own bitcoins by setting up your own mining hardware or even joining mining pools.

The supply is limited, so the price will only go up.

The supply of bitcoins is limited. Just like Gold, Bitcoin is mined. A hard cap of 21 million BTCs will be in circulation. The number of coins that can be mined reduces by half approximately every four years until all are mined. This ensures that inflation doesn’t affect the value of Bitcoins over time.

As more and more people start using Bitcoin, the price will continue to rise. But what’s still uncertain is how high it can go or how long it will take for this to happen.