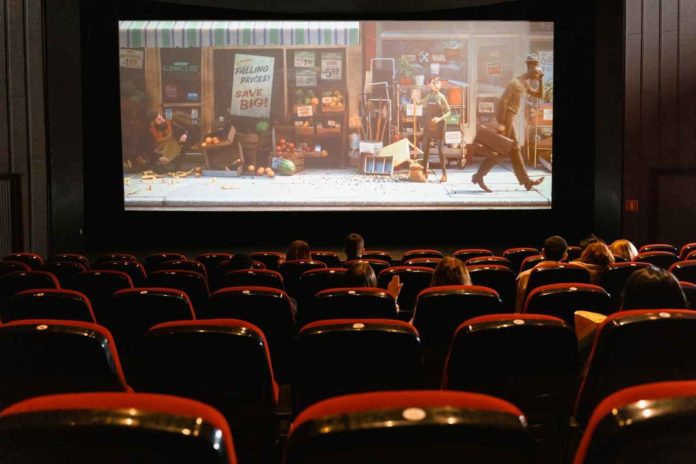 In an age where many ads can easily be ignored or — as in the high-profile case of YouTube — skipped, there is much to be said for film advertising, where a brand creates a short ad that will run just before a film screening in a cinema.

After all, in this situation, there is much more of a captive audience, not to mention a lower number of ads competing for attention. Nonetheless, with the COVID-19 pandemic having understandably deterred many people from visiting cinemas again, what has this meant for film advertising?

In an article published by theMarketingblog, film advertising is described as “an increasingly common method of marketing”. This shouldn’t be particularly surprising when you consider the practical benefits with which it has been credited.

As many cinema attendees will already be paying attention to the screen with eager anticipation before the film even starts playing, they could be especially inclined to pay attention to what ads on that screen say. Film advertising is also a low-cost option for marketers.

Research conducted by Digital Cinema Media (DCM) has revealed that, compared to television, cinema is eight times more effective as an advertising medium aimed at making brands stand out from the crowd, as Screen Daily reports.

The same research revealed that, compared to a TV audience, cinema audiences are four times likelier to be emotionally engaged. Meanwhile, cinema ads have the proven ability to be twice as memorable as those seen on TV.

Brands are advertising in cinemas, but are enough people watching in them?

Historically, cinema attendance has steadily grown over time. According to figures shared by DCM, while the proportion of the adult population going to the cinema at least once yearly was 64% in 2008, this percentage had risen to 75% by 2014.

Of course, the pandemic was a major complicating factor behind how cinemas fared (and rather poorly at that) in 2020 — but there have recently been green shoots of recovery in the industry.

This summer, the Tom Cruise-starring Top Gun: Maverick achieved “the highest initial gross for any non-comic book movie since December 2019”, as phrased by IndieWire. Especially noteworthy is that the vast majority of the film’s audience was aged over 35.

This is a demographic that has returned only slowly to cinemas in the post-lockdown era. The fact that film fans in this age bracket have been primarily responsible for making Top Gun: Maverick Cruise’s most lucrative opening for a film ever could be a bellwether for the financial performance of cinemas as a whole in the foreseeable future.

So, should your own brand spend big on film advertising?

Film ads have a relatively short run, which does restrict the number and variety of people your brand could reach with them. However, these ads can be effective for businesses based near cinemas, as viewers would not have to journey far to visit these companies’ premises in person. Following MUSE film advertising news could familiarise you with creative film ads.