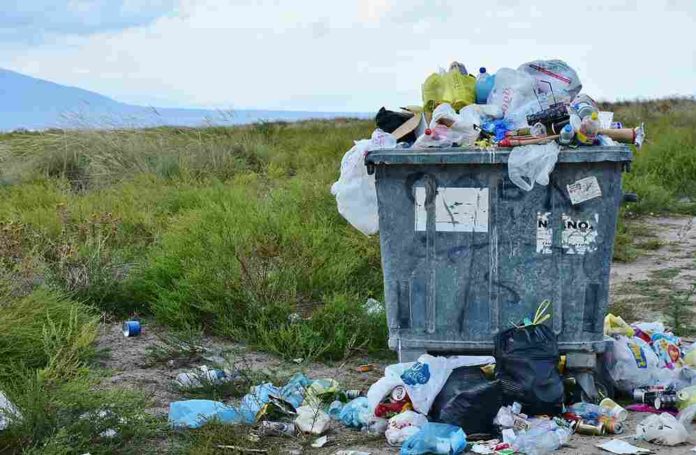 London generates an awful lot of waste each year — more than 20 million tonnes. So how do you dispose of waste in the capital?

If you need to take the trash out of your office, don’t just throw it away. Check https://anylondonwaste.co.uk/office-waste/ and our service will recycle anything for you.

There the Waste Hierarchy has 5 stages, from biggest to smallest: Reduction, Reuse, Recycling, Other Recovery, and Disposal. Let’s talk about each of them.

Of course, it’s much easier just to reduce the number of materials used than it is to recycle them later. So this is the most effective way to avoid excess waste.

There is always a way to reduce something in product manufacture, especially in packaging. It’s also possible to make recycling easier at this stage by using single materials instead of composites. But if there’s no way to use less, then it may be possible to…

London offers a lot of ways to prolong the lifespan of old things. There are many charity shops, places where you can borrow something you don’t need forever, and services to repair your clothes or gadgets. Many of these actions will also save your budget, so just imagine being paid for your ecological contribution.

The most frequently seen problem in this is the single-use plastic. It could be solved if everyone reused their own bottle or cup. More and more coffee shops offer discounts for bringing your own container. London also has a great network of drinking fountains — remember this before buying water.

When materials become waste, recycling is the best option. It’s not only much better for the environment but also provides cheaper materials to make new products.

But London is far from perfect here. Actually, it is the worst region in England in terms of recycling — it covers only 34.4% of waste, while the national average is 43.3%. It can be explained by the high concentration of flats there, and such boroughs always have lower recycling rates than those with private houses and gardens. The best borough is Bexley with 54.2% and the worst is Newham, with 20.3%. The national goal is to achieve 65% by 2035.

It looks like London is a long way from this goal, but there are lots of projects to increase the rate. For example, we offer office clearance with up to 99% recycling. And that includes complicated electrical items and IT equipment. Almost everything can be recycled if you put your mind to it.

This section includes various methods of turning waste into fuels, heat, and power. It may be anaerobic digestion, incineration, gasification, and so on.

For example, Sweden imports waste from the UK to use as fuel for incinerators producing heat and electricity. But for now, other countries are not as successful in turning trash into treasure, so they go straight to the final step.

It seems unlikely we will achieve 100% recycling in the immediate future, so it’s necessary to dispose of what has gone all the way through the Waste Hierarchy. Usually, that means just landfill or incineration without any energy recovery. Let’s talk about both:

It is actually the worst way to use garbage, so in London, it is discouraged by high taxes (over £80 per tonne). Now it’s just a small part of municipal waste.

This method affects the environment the most, but modern containment landfills have strict controls on any escaping liquids or gases coming from the degradation of waste.

It’s also possible to get energy from produced carbon dioxide and methane, but these landfills usually just pollute the air and affect the climate.

Basically, this is just the burning of waste, with or without energy production. This method has become more popular recently. Because the energy released by this process can be used, it partly counts as a renewable energy source. Usually, it generates electricity or heat.

Compared to other regions in the UK, London sees the largest amount of incinerated waste — more than 50%. Even though this method seems useful, it is still way worse than recycling because of air pollution. The smoke produced by incinerators includes acid gases, carcinogen dioxin, particulates, heavy metals, and nitrogen oxide.

London really has a long way to go before it reaches perfection in terms of waste disposal. Sadiq Khan stated in his election manifesto that the official goal is to reach 65% recycling by 2030. But there was also a target of 50% by 2020 — but now it’s about 35% and 10% lower than the national average.

But our capital is making progress, and that’s great. Each of us can make a contribution by reducing, reusing, and recycling, which is really easy in London nowadays. Just don’t buy useless things, give away those that you don’t need anymore, sort your waste, and put it into the right bin.

All these little steps together will help us to make the world a better place.