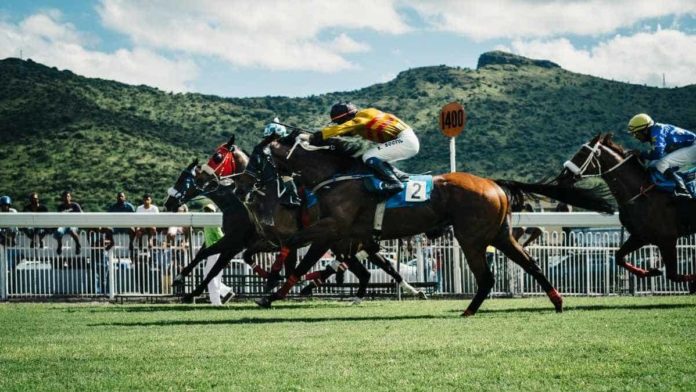 The British love horse racing – from the Grand National to the Cheltenham Festival, and Royal Ascot to the Epsom Derby, no other country has such a rich cultural history associated with the sport of horse racing. The Derby at Epsom Downs racecourse is one of the biggest events on the flat racing calendar each year.

The Derby has been run since 1780, sometimes acting as a testing ground for new horses who owners believe have the potential to be champions. This long history has resulted in the Epsom Derby becoming a major event for horse owners and fans betting on Epsom Derby races, attracted by the huge purse of over 1.25 million pounds,  but the festival itself is also open to anyone who wants to wear their best outfits and enjoy a day out at the races.

The Races at the Epsom Derby

The Oaks is a race that is always featured on the first day of the Derby Festival, and with 300k up for grabs for the winner of Group 1, it is no surprise that famous riders such as Frankie Dettori are weighing in with their predictions for this prestigious race.

Even though the finalists of runners for the Oaks have yet to be announced – the full list is set to be revealed at a special event on Wednesday, June the first, celebrity pundits such as Frankie Dettori already have an opinion on who the winner will be.

In pole position, we have Emily Upjohn, currently priced at 10/11 after a recent amazing victory at the Musidora Stakes in York. It’s difficult to argue with somebody like Frankie Dettori, but the truth is that there are several other runners who also have a fighting chance in this all-important race!

Tuesday is a daughter of the legendary Galileo; Galileo was an almost implausibly strong horse who had an incredibly successful career – a six-time winner including the Irish Derby, King George VI, and Elizabeth Stakes – Galileo has a fantastic pedigree, and it is likely that much of this racing ability will be passed down now that he is making the most of his new career as a stud. We have already seen an example of this with Frankel, who was rated as the highest-rated horse in the world a few years back.

But we are getting side-tracked here! Tuesday will be a formidable opponent for Emily Upjohn and appears to be Ballydoyle’s leading prospect following a recent third-place finish in the 1000 Guineas at Newmarket. Third place may not sound that impressive, but it’s a tough race, and many horses fail to even complete the course!

Tuesday is currently priced at 4/1, which could well be a bargain as the gap between her and Emily Upjohn is likely to tighten up between now and the Derby.

Then how about Nashwa? Unbeaten in two starts at the age of three, including a listed success in the Haras de Bouquetot Fillies’ Trial Stakes.  It’s Fascinating to add that Nashwa is actually the offspring of Frankel, who, if you remember, was the offspring of Galileo. Such a heritage brings real credibility to this horse and her current price of 7/1 reflects this.

Our final suggestion for the oaks is With The Moonlight, who is, amazingly, another child of Frankel. Her price was 40-1 a few weeks ago, but the two-year-old horse demonstrated amazing stamina at the Pretty Polly Stakes in May, exposing the limited stamina of her competition, and eventually thrashing the entire field for an easy win. Could she do the same at the oaks? Opinions are divided, but there is no question that this horse is going to be one to watch in the next 18 months.

Our Recommendation: Go for Emily Upjohn on 11/10.

There are currently 43 confirmed entries for the Derby, but even with such a wide field, there are only two horses that stand out as likely winners according to Frankie Dettori, who believes this race will be a battle between two legendary horses.

First, we have the O’Brien-trained Stone Age. His victory in the Derby Trial Stakes at Leopardstown was extraordinary, and the race included much of the competition that is currently confirmed for the main event. He is currently priced at 5/2 – a little lower than his opponent….

Sir Michael Stoute’s entry named Desert Crown has proven himself many times over, most recently by a storming victory in York at the Dante Stakes.  This victory has rocketed Desert Crown to the top of the ante-post market with most bookmakers and is currently priced at 9/4 – only a smidge above Stone Age.

Two other runners – Changingofthetguard and Piz Badile could also be a good bet, both currently priced at 8/1, but if you are planning on making a bet on an upset, wait a little longer – as the money rolls in on the top two runners, it is likely that the odds on these two horses will raise even further. They both have a reasonable chance of winning in our view, but then again, what do we know compared to Frankie Dettori?

Our Recommendation? It’s a tough one, but Nahanni at 25/1 Each Way could be a great bet, but only you can decide!

How Not to Get Lost in The Variety of Online Casinos