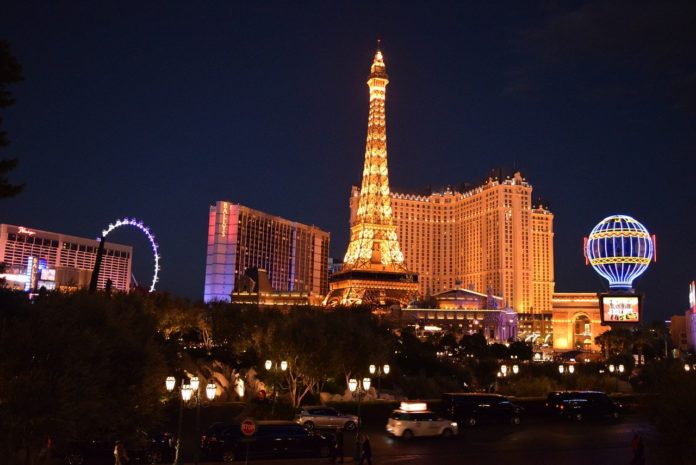 Las Vegas is known as one of the biggest gambling centers in the world. There’s no denying that this is the most popular destination in the US for people who want to experience what casino life is all about.

That “dream” was shattered during the peak of the pandemic as all the Strip’s famous casinos were forced to shut their operations down.

Las Vegas is Coming Back to its Normal State

The good thing is, like for much of the tourism industry, that the hard times are well and truly over, and the casino industry in this city has gone back to its normal state. In April 2022, for example, the Las Vegas Strip reported a 23% increase in revenue compared to the same period in 2021, as its total gaming revenue reached $593.5 million.

What’s even more impressive is the fact that the Strip alone helped Nevada experience a 9% increase in statewide gaming revenue. In April, tourist levels were just 5% lower than pre-pandemic levels, which is a sign of things coming back to their normal state.

And if that is not enough, Nevada’s revenue hit the $1 billion mark for the 12th consecutive month back in February. This is exactly what Las Vegas is all about – lavish lifestyle, casinos on every corner, and that is why tourists are able to have such a unique experience here.

As the city is on the verge of rising again, it is proud to welcome the World Series of Poker, where some of the world’s best competitors enter huge poker tournaments to win massive prizes. Because this is the most highly anticipated poker tournament series in the world, we feel obliged to share a few more details on it.

The World Series of Poker started in the first week of June and lasts for around two months. As just stated, it will welcome some of the best players in the world – plus many bad ones who are stumping up their cash just to take a shot at winning some seriously impressive prize money.

The good thing here is that everyone is welcome to sign up. So, if you are comfortable with poker strategies, you can enter most of the 88 tournaments that make up the Series. But other formats of poker, like Omaha, Razz and mixed games, are also covered.

There are several things that you should know about the 2022 WSOP. First off, the $25,000 Heads-Up No-Limit Hold’em Championship will be one of the biggest highlights of this tournament. Interestingly enough, the $25,000 buy-in is two and a half times larger than buy-ins in previous years.

However, WSOP announced that this year’s maximum cap on players would be 64. Just to compare, the 2021 Heads-Up No-Limit Hold’em Championship had 57 players.

By far, the most eagerly anticipated event of the Series is the Main Event. Somewhere around 5,000 players are expected to pay $10,000 each to enter. Last year, the champion, Koray Aldemir, took home a  staggering $8 million.

The biggest change during this year’s World Series is the fact that WSOP is taking place at the Horsehoe and Paris Las Vegas Hotel & Casino. This venue has 68,000 square feet of gaming space, more than the old venue at the Rio, meaning that there’s a place for everyone.

Interestingly enough, this year also marks the first time when the WSOP is played at two different casinos. Between the two, there are over 600 poker tables, meaning that up to 6,000 players will have the chance to play at the same time.

Considering the fact that both of these casinos are on the Strip, players will be at the centre of all the action in Las Vegas.

Finally, it is important to know that as the pandemic keeps “calming down,” COVID-19 restrictions will not be applied during the World Series of Poker. Organizers officially stated that vaccine and mask mandates wouldn’t be a requirement, and thanks to that fact, this year’s edition will feel far more normal.

In 2021, these mandates were one of the main issues, and the rules were deemed a bit controversial. However, the organizers of the WSOP followed protocols by local and federal authorities, and even though it faced scrutiny by the poker community, WSOP stated that these mandates were a must if the tournament was to be held.