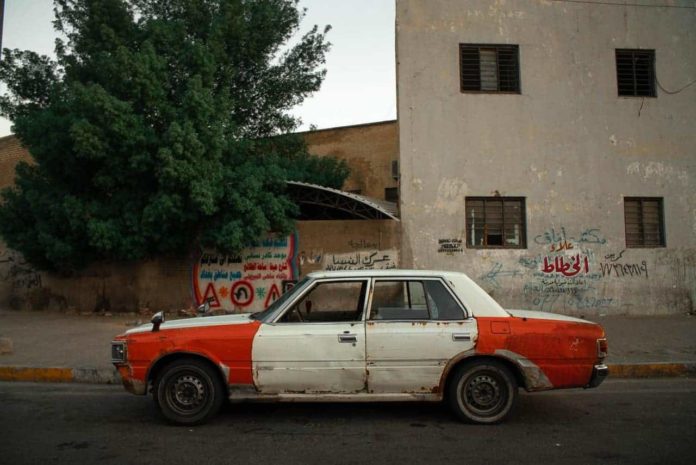 Keeping your car in pristine shape and lustrous throughout its life reflects the care and immense pride you have for your car.

However, our cars are made of metal, and one process that takes a toll on our car’s appearance is RUST. Yes, rust can be a nightmare for car owners.

While today’s cars come with several rust protection coatings, there are still many areas that are prone to rust.

From the wheel to the undercarriage, rust is something that not only damages your car’s appearance. It also deteriorates the structural integrity of the car.

Rust is really an ugly thing. It affects not only the appearance but also performance. So, here we are with this guide to help you identify the causes, signs, and preventive methods to keep the rust away.

Protecting Your Car From Rust: Why Is It Important?

Let me ask you this – You take care of your clothes, wash them regularly, and iron them before wearing them again. Why do you do that? You do that so that you can enjoy wearing your clothes again and again with the feeling you are wearing something new again.

The same thing can be said for maintaining your car. The better you maintain it, the longer you can enjoy its top performance.

However, if we talk about the technicalities, there are two reasons why you need to protect your car from rust –

What Causes Cars To Rust?

Rust is an absolute nightmare for any car owner. And the worst part is that no car is safe from rust. No matter what type of coating you have, checking your car for rust should need to be your priority.

Here are a few factors that cause rust.

How To Prevent Car Rust?

As you can see, rust on a car can be a serious issue. This is why it’s important to learn how to prevent car rust. Fortunately, keeping your car rust-free is quite easy. You just need to follow these tips.

One of the easier ways to prevent car rust is to wash it often. Not only will it help your car look brand new, but it also helps remove corrosion debris.

It is important not to wait for your car to get dirty before washing it. The elements that are responsible for paint damage and rust are not exactly visible to naked eyes.

Just like you follow a workout routine, make a routine for a car wash. Just search for a car valeting mobile near me, and get your car washed and protected properly.

Rust coating is an effective way to keep rust-causing elements away. If you are living in a place with a harsh climate, it is a good idea to have protective rust-coating applied by a professional.

Since salt is an influential element and a primary reason for car rust, especially in the coastal region and cold areas where salt is applied on icy roads to melt ice, rust coating becomes a necessity.

Coat Your Car With Wax

Yes, your car might have several rust prevention coatings. But nothing can beat a wax coating. To keep your car in the best condition throughout the year, you will want to wax your car twice a year.

Adding a layer of wax to the paint creates an extra protective layer between the car’s paint and rust-causing elements. Moreover, if your car spends most of its time on the streets, you might need to wax it more often.

The best part is that adding a wax layer is easy and can be done by hand. So, you don’t need to visit a professional to get the job done.

Protect Your Car From Rust Elements

While cars are meant to be driven, constant exposure to natural elements like Sun, Rain, and Snow can damage your car. To reduce the exposure, ensure that you park your car in the garage. And if you do not have one, consider adding one.

However, if you cannot afford one right now, try parking it under shade. This will at least protect your car to some extent.

Finally, Repair Rust Before It Spreads

It’s a good idea to give your car a complete wash from time to time. While you are at it, run an inspection to find the weak points. It can be a small scratch or a spot of rust.

When checking your car, pay close attention to the drainage holes, water channels, and seals. The bottom line is anytime you spot a possible sign of rust, ensure not to let it go.

Take care of it before it spreads. This will save you a lot of time, effort, and thousands of pounds in future repairs.

8 Changes to Anticipate in the Auto Industry in 2022

The Best Ways To Save Money In Your Trucking Business