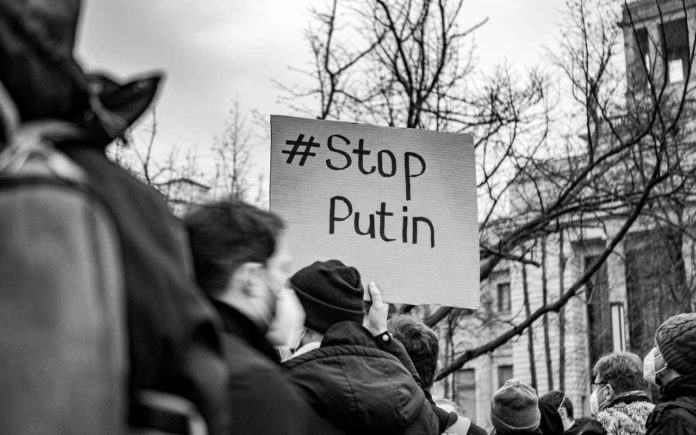 On the face of it, the Russian-Ukraine war is a good reason to stay away from trading on the financial markets. From the moment the war started, sanctions were introduced against Russia and their economy seemed to be in freefall.

This has led to stock markets dropping, although many have since recovered. Of course, the sanctioning has led to Russia being unable to access billions of dollars worth of funds, instantly causing debt concerns and causing the ruble to collapse.

Despite this, the Russian-Ukraine war is boosting Forex trading.

Before the war, there was a global pandemic. This caused many people to rethink their approach to life and how they earn money. In fact, there has been a dramatic increase in people creating accounts with reputable brokers, such as Fineco, specialists in Forex trading.

This was fuelled by the ease of access to Forex trading and a desire to feel more in control of personal finances and destiny.

Simply being independent allows more people to benefit from the Russian-Ukraine war.

Traditional stock market trades involve purchasing shares and then earning funds via dividends or by selling the shares as they rise in price.

This approach would certainly mean huge losses thanks to the reduction in the value of the ruble and many companies with Russian influences.

But, trading in Forex is different. You are effectively trading on the movement of currency. That means you can make money even if you think the currency is going to go down in value.

Forex trading markets can experience high volatility. This is because even small rumors can cause a plunge in currency value and allow traders to earn money on their investments. The opposite is also true.

However, interestingly, the Russian-Ukraine war has led to more stability in the Forex markets. This is likely because the ruble effectively bottomed out and it then became obvious that the Russian government would do everything it could to prevent complete economic collapse.

The result has been a steady climb in the value of the ruble, almost to pre-war levels.

Alongside this, the dollar has understandably increased in value as it becomes even more important on the world stage.

The stability of the forex trading market has also been encouraged by the lack of availability of trades in rubles. This, and the knowledge that banks and governments will not allow new systematic crises to develop means that the markets remain a relatively safe bet.

Naturally, being unable to trade in rubles means that the opportunities for gains have also been limited. But, this is also helping the Forex market to stay stable, encouraging more trading in Forex.

A Look To The Future

An escalation in hostilities is likely to cause more volatility in the Forex market. Traders will need to be aware of this. However, the ending of the war could also see a jump in the strength of the Euro which would present a powerful opportunity for traders.

In Forex trading you need to stay aware of all the market influences, they are not always as bad as you may think.