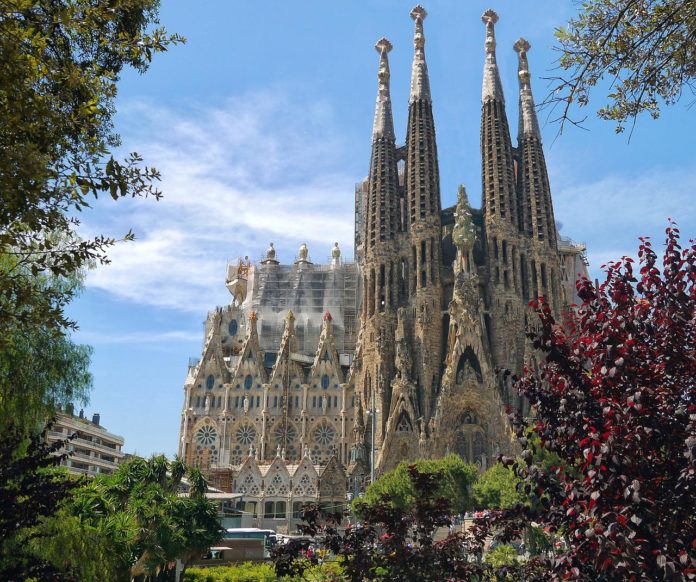 Time off is such a necessity. You’ll feel less stress and your sleep quality improves. Plus, the break benefits your heart and your overall health and wellbeing.

So what should you do with this time off? Just potter around the house or watch Netflix? No way. You can make use of the time to explore some of the world’s finest cities on a city break. Below are some of the best ones to head out to once you’ve put in that precious annual leave and turned on your out-of-office.

If you’re the type that enjoys a good wander around marketplaces, you’ve come to the right place. Marrakech, out in western Morocco, is renowned for the souks (markets) and its medina (old city) is the star attraction. Time will fly by as you walk through the maze-like streets of this section of the city.

One of the most popular souks is the Souk Semmarine, which sits next to the main square, Djemma El Fna. It’s the place to see if you want to buy a rug or antiques. The square itself is, of course, a lively area and is packed with musicians, storytellers, snake charmers and more.

Out on the southern coast of China, Macau might seem a more unusual place to visit for a city break, but don’t let that stop you, especially if you’re a fan of casinos. Las Vegas may steal the show for casino gaming, but Macau is another of the world’s casino gaming titans and more than holds its own against Sin City. Before venturing down Macau’s Cotai Strip and stepping into one of its establishments, however, you may wish to play casino online and brush up on your skills in the more relaxed environment of your own home or hotel room.

While visiting Macau, you should also take the time to explore its historic centre, which boasts more than 20 historically significant landmarks. Macau was once a Portuguese colony and you’ll see various religious sculptures, public squares and more that represent its Chinese-Portuguese heritage.

A list of city break suggestions simply isn’t complete without a mention of Barcelona. The capital of the autonomous region of Catalonia, Spain, is ideal for anyone who enjoys culture just as much as they do warm weather. You can stroll down the popular Las Ramblas and admire the street performers or ask one of the street artists to create a caricature portrait of you. You can visit Gaudi’s famous Park Güell, the La Pedrera museum or, perhaps his most creation, the La Sagrada Familia basilica, on which work is still ongoing. If you want to take a break from the culture and just relax, you can soak up the sun on the beach, which will happily accommodate you, as will the many bars and restaurants of the city if you’re looking for something tasty to eat or drink.

The Big Apple is another one of those cities you can’t leave off a city break list. It’s outstanding for a long weekend. There’s so much to see and do that you might even decide to visit for longer than that. You can watch a show on Broadway, take a ferry to the Statue of Liberty, or splash out on clothes on Fifth Avenue. Why not take a stroll through Central Park, too, and, if you’re visiting in winter, take a skate on the ice rink?

Of course, a fine city like New York presents myriad opportunities to get cultural. You can soak up the affluent vibe of Brooklyn Heights — you can cross into the borough via the magnificent Brooklyn Bridge, which connects lower Manhattan and the Heights — and walk along the borough’s famous promenade. Or you can make a beeline for some of the city’s tremendous museums, including the Metropolitan Museum of Art and the Museum of Modern Art (MoMa).

The city of Rome, Italy, will charm the socks off you. One of the first things you should do, if nothing else, is visit the Colosseum. In the somewhat ruthless days of the Roman Empire, it hosted gruesome gladiator battles, executions and even sea battles for the entertainment of the public. For a further fix of historic buildings and other structures, you may wish to visit the Pantheon, which was built in the time of Emperor Hadrian in 125AD and was dedicated to ‘All of the Gods’.

For something that little more peaceful but equally admirable, head to the world’s smallest country, Vatican City. Here you can see the world-famous Sistine Chapel, where you’ll find works by Raphael and, of course, Michelangelo. The chapel is famous for the Renaissance paintings of the latter, especially ‘The Creation of Adam’ fresco which, if you look up, you’ll be able to observe on the ceiling. The level of detail is incredible.

The cities above are just a selection of some of the best in the world for a city break, but there are many more. If you’ve covered these ones already, or even if they just don’t quite take your fancy, other cities you might wish to try include Prague, in the Czech Republic – Budapest, in Hungary – Amsterdam, in the Netherlands – and Dublin, Ireland.