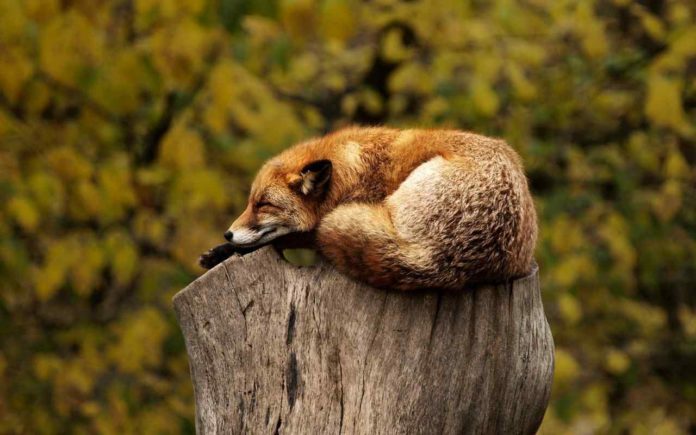 The island of Britain is known to have a temperate climate, and it consists of only a fraction of the wildlife in the world. Furthermore, towards the north of the UK, the climate becomes even cooler, and it is a perfect place for wild animals to co-exist. However, with industrialization and urbanization, different animals have become extinct. But some of the wild animals in the UK, like the red fox, brown rat, etc., have adapted themselves to the expanding urbanization. From Molluscs to Fish, the UK consists of various wild animals that are rare and unusual to you and are the most dangerous species of animals in the UK.

Wildlife and Wild animals in the UK

Most people worldwide are familiar with Britain’s wildlife through children’s literature. Animals like rabbits, ducks, badgers, frogs, hedgehogs, etc are popular in the UK. You can find wild animals in the UK at National parks, zoos, and safari parks. There are around 200 natural reserves and 50 zoos.

10 strong and dangerous wild animals in the UK

One of the most dangerous and blood-sucking wild insects is the Ticks. With eight legs and a large thorax, the ticks are the wildest animals that are dangerous. More than the bloodsucking vampires, they are known for spreading diseases like Lyme disease. So to be safe from their bites, try covering your legs and ankles, especially if you are going to open areas that consist of grass coverage or woodland. You can also keep the tweezers or tick removal tool handy to remove the same if you have fallen a victim.

The European Adder is the country’s most feared creature, and it can be fatal too. An adder is nothing but a very poisonous snake with beige and black patterning on its back. They are 60 m long, and the adder’s bite can cause swelling, necrosis of flesh, and intense pain in the area of the bite. Amputation of the bitten area can also be required in some cases. Often, they are mistaken as humble slow worms.

Another strong and dangerous wild animal is the weever fish that can be a hurdle for your holiday in the UK. They are 20-30 cm long and are inhabited on the shores of the UK. Unlike jellyfishes that will only attack you when you touch them, the weever fish will attack you if your legs are not covered properly. To prevent the infection from further spreading, you can use H2O at a high temperature to break down the venom.

One of the most elegant wild animals, a deer, is not as dangerous as ticks or adders. However, fatal car crashes caused by the same is something that we can find intriguing. They cause over 50,000 incidents per annum and 20 deaths every year, especially during the dark winters of the country. So next time you plan a trip to explore the wildlife of the UK, try taking your vehicle at a slow speed to avoid crashes caused by the deer.

You might think that cows are the most docile creatures that cannot cause any harm to you. However, the cows you find in the UK are extremely territorial. Any kind of invasion can make them go wild and dangerous. There are many instances in the UK where the huge docile grass-eaters have become the most deadly creatures in the world. And if you find them in a herd staring at you while walking your dog, then it is better to steer your pet away from them, or you can be fatally injured.

Bees are the most crucial part of the British ecosystem. However, they can be deadly dangerous if they feel threatened. And if you are allergic, their sting can be fatal to you. It is a pinprick sensation when you fall for their sting. However, it can turn into pulsing pains for some.

The British wolves were the deadliest wild animals you will ever come across. During the early days, the wolves found in the UK were the most threatening species of animals. However, the widespread hunting of the wolves brought the population of the same to the verge of extinction. They are extinct. But the British govt is trying to revive the wolves as part of the rewilding project.

Crocodiles in the UK are again the strongest and wildest animals you can find. The country is an ideal space for the sustenance of a crocodile because the UK has the right climate for a crocodile to survive. However, these have become extinct as well.

The Hairy caterpillars are another most dangerous creature you can find in the UK. They are the fascinating fluffy insects that can give your skin a long-term effect: inflammation, itching, welts, or blisters. So make sure you stay away from these deadly insects that you can find in your garden.

Noble False widow spider is one of the most dangerous wild insects that can bite humans. Their toxin and serine-based Venum can lead to severe complications and even fatal. However, they are not as dangerous as the black widow spider counterparts.

Overall, these are some of the strong and dangerous wild animals you can find in the UK. So next time you visit the country do not miss to discover the wildlife of the UK. And finally, be careful to save yourselves from their dangerous attacks, as it can be fatal if ignored deliberately.

Is Now a Good Time to Buy a House? The Property Market in The UK Predictions 2022

How to Dispose of The Unused Washing Machines With The Help of A Rubbish Removal Company in London?