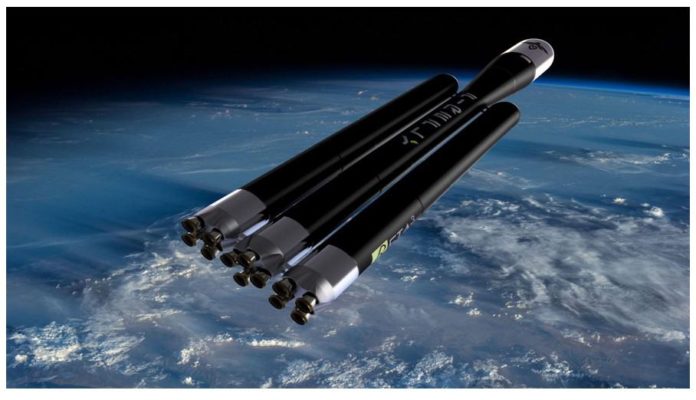 The US authorities have asked a wealthy Ukrainian entrepreneur, Maxym Polyakov to sell his shares in Firefly Aerospace Inc. quoting national safety concerns and the specifics of Firefly’s business for national security.

Ukrainian Max Polyakov has accumulated wealth developing software products in Ukraine and selling them once they succeed. For several years now, Polyakov has been investing in an aerospace company based in Austin, Texas. The main reason why the US authorities ask Polyakov to sell his shares in the US-based rocket company is the authorities’ concern that sensitive data and technology design can make their way to Ukraine and other post-Soviet countries working on rockets of their own. In late 2020, Maxym Polyakov stepped down from the Firefly board of directors, even after investing over $200 million in the business. This decision has helped Firefly secure several US government contracts and alleviates some political tensions.

However, the US Committee on Foreign Investment (CFIUS) was not fully satisfied with the development and asked  Maxym Polyakov to sell around half of his shares in Firefly Aerospace. Dr. Max Polyakov agreed to this too, emphasizing that his ownership of Firefly Aerospace remains unchanged because it alone poses no danger to US national security. According to Max Polyakov’s official statement, his investment company Noosphere Venture will retain ownership in Firefly Aerospace and will keep investing in the company.

With a degree in economics, Maxim Polyakov has accumulated his fortune by developing software products, including games, retail platforms, and dating sites. In 2017, he bought Firefly out from bankruptcy and submitted the funds necessary to revive the business. Last September, Firefly Aerospace made its debut launch from Vandenberg Space Force Base in Southern California. The event was partially successful; the Alpha rocket did not reach orbit, but the launch still provided necessary data to prepare for the second liftoff.

Under Dr. Max Polyakov, Firefly Aerospace has made significant progress in just a few years. It has won multiple contracts from the US Air Force, NASA, and Defense Advanced Research Projects Agency. More importantly, Firefly has secured a technology-sharing agreement between Ukraine and the USA. Currently, the company has a manufacturing facility in Central Texas and an R&D center in Ukraine, assisting with technological developments.

Ukraine has been a US ally for quite some time now, which explains the sharing agreement and the collaboration between the two countries. However, as Russia is escalating its conflict with Ukraine and building up forces at the Ukrainian border, the US authorities are growing alarmed about what might happen if the sensitive technology finds its way to the non-allied hands.

Shortly after Max Polyakov’s resignation from Firefly’s board of directors in November 2020, he sold a large portion of his shares in the company the following May. The deal raised $75 million and validated over $1 billion. These decisions, along with appointing former US government officials to the Firefly board, paved the way for more government contracts. Right now, Tom Markusic, the original company founder, acts as Firefly Chief Executive Office. Before Firefly, Tom Markusic worked with NASA and Space Exploration Technologies Corp., owned by Elon Musk.

According to Noosphere Ventures’ official statement, Maxym Polyakov, along with his other businesses, has been extensively vetted, and no security issues were identified during the process. The statement clearly specified that all actions from CFIUS result from Russia escalating the conflict against Ukraine, so the investigations bear no mistrust to Dr. Polyakov Maxim Valeryevich or his Ukrainian affiliations. Currently, Noosphere Ventures is addressing CFIUS concerns and working on documents that would clear all issues in the most suitable manner.

Today, Max Polyakov is among the few businessmen who have gambled their fortunes on commercializing space tech. Unlike Elon Musk, focusing on heavy rockets or Jeff Bezos emphasizing space tourism, Maxym Polyakov bets on a middle-class rocket that could deliver dozens of small satellites with each launch. Besides, Firefly Aerospace is working on a lunar lander and spaceplane prototypes.

According to Max Polyakov, his investment in Firefly Aerospace is a patriotic act for the US, where the entrepreneur and his family currently reside. Maxim Polyakov also voiced concern that Ukrainian technology could find its way to the US enemies, primarily North Korea, unless sufficiently funded, and was not the only person to have similar concerns.

Following the Max Polyakov debacle, Firefly Aerospace awarded a lucrative launch contract to SpaceX. The contract will secure a launch on SpaceX’s Falcon 9 launch vehicle for Firefly’s Blue Ghost lunar lander. Firefly managed to secure a contract from NASA in February 2021 for the transportation of 10+ payloads for NASA’s 19D mission. The scientific mission aims to develop a sustainable presence on the Moon within the Artemis program framework. In addition to the ten payloads, Blue Ghost will also fulfill several commercial payloads, separate from NASA’s cargo.

Tom Ochinero, Vice President of Commercial Sales at SpaceX, said that the team is honored to work along with Firefly for this launch. Tom Markusic, Firefly CEO, said that Firefly would put in its best effort while working on tech performance during this first phase mission to the Moon. He also added that the team behind Blue Ghost is busy testing and performing maintenance on the lunar lander to make sure that the vehicle can withstand several cargo shipments. Blue Ghost will have to deliver over 150 kg of payload to the Moon surface in a single trip, so taking advantage of Falcon 9’s high performance is key to minimizing wasting Blue Ghost’s propulsion resources.

The launch mission is expected to occur early to mid-2023. Until then, Firefly Aerospace Inc and Polyakov Maxim Valeryevich are looking for career-oriented professionals looking to join the team for the duration of the mission and other space-related projects.

How to Run a More Efficient Warehouse