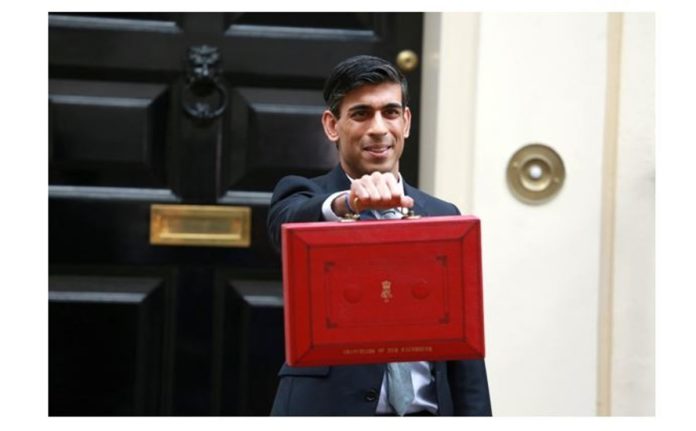 On 27th October 2021, Chancellor Rishi Sunal announced the Autumn Budget and Spending Review for the United Kingdom. In basic terms, the speech outlined the taxes the government will put in place, as well as how they plan to spend them.

The Budget speech was deemed quite unusual this year, as it comes after the country recovers from the aftermath of the pandemic, and is actually the second of the year — with a Budget also unveiled in March 2021.

But what does it mean for the British economy? And how will it affect the value of the pound on the foreign exchange (forex) market?

Read on to find out more.

What does it mean for wages?

The National Minimum Wage will also rise for 21 and 22-year-olds to £9.18 an hour, and the Apprentice Rate is set to change to the increased amount of £4.81.

This movement in wages follows the recommendation of independent advisers from the Low Pay Commission and has been welcomed by the campaign group, the Living Wage Foundation. It aims to help low-paid, young workers who have been particularly hit by the negative effects of the pandemic and follows the government’s plan to drive towards a higher-wage economy.

The pay freeze on public sector workers will also be lifted, with nurses, teachers, and members of the armed forces amongst those to benefit. The freeze was originally introduced to combat the economic emergency posed by the coronavirus crisis.

The exact amount is yet to be decided but will be based on the recommendations from independent pay review bodies.

A rise in wages implies a period of positive economic growth. Forex traders will therefore be monitoring this macroeconomic data when the changes are implemented, as well as its influence on the country’s gross domestic product (GDP). This type of data is pertinent to understanding the strength of the economy and, in turn, the valuation of the Great British pound (GBP).

What does it mean for government spending?

The plans outlined in the Autumn Budget see an increase in government public spending across all departments, with none receiving a cut to their overall budget.

The Levelling Up Fund was also introduced, which will mean that £1.7 billion will be invested in local areas across the UK. This will focus on the country’s infrastructure, to regenerate and improve town centers and high streets, upgrade local transport and invest in cultural and heritage assets.

It is expected that with this amount of spending, the UK economy will return to pre-Covid levels by 2022.

The impact on trading

Political events can have a significant impact on the country’s currency, especially a Budget announcement from the UK government, which will directly influence the economy.

If traders are speculating on the major currency pairs including GBP, when forex trading on Plus500 for example, they would need to pay particular attention to the effects of this event — on the entire economy and as a result, the forex market — to help inform their trading decisions.

The currency pair of the pound and euro (GBP/EUR), has surged from 1.1627 at the start of October 2021, to around 1.1840 at the beginning of November 2021. This may well have been a reaction to the Chancellor’s Budget announcement.

However, this market movement can also be a result of comments from the Bank of England, who are set to meet in the first week of November. Traders may be acting accordingly, based on their predictions surrounding the outcome of this meeting.