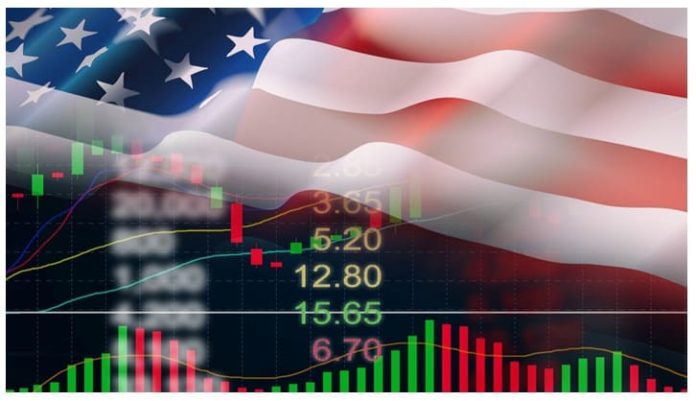 Fundamental analysis is an important part of many forex trading strategies — an element of which involves using an economic calendar. And a date in the financial diary that is closely monitored by forex traders is the release of the Nonfarm Payrolls Report.

This report entails the level of employment in the United States, as well as economic data that can inform analysis of the health of the nation, future economic growth, and interest and inflation rates.

But how does this data affect and reflect the strength of the US economy, and most importantly, how does it impact forex trading?

Nonfarm Payroll Report — what is it and how to understand it

Carried out by the US Bureau of Labor Statistics, the report gathers data about the total employees in the construction, manufacturing, and goods industries. As the name suggests, the Nonfarm Payroll Report does not include those employed by agricultural services or the US government.

The report is an important event scheduled in an economic calendar and can be monitored by forex traders, as it’s released on the first Friday of every month. The information is derived from two surveys — the Household Survey and the Establishment Survey.

Once collated and formalized, the report is then released to the public, from which any changes in employment rates can be derived, and in turn, the strength of the US economy.

The impact on the nation’s economy

An increase or decrease in employment in the nonfarm sectors can be used as an indicator of the strength or weakness of the US economy. For example, if there has been an increase in staff rates, this could mean that the relative companies can afford to hire more people. As more people are then receiving a steady income, this can have a positive impact on the growth of the economy.

In the December report, it was revealed that jobs in the US increased at a lesser rate than expected for the month — most likely an effect of the increasing COVID-19 cases. According to the report, nonfarm payrolls grew by 199,000 and the unemployment rate fell to 3.9%.

This was a vast difference from the estimations made by economists, which expected the payrolls to increase by 422,000 and the unemployment rate to reach 4.1%. An inaccurate economic forecast could result in major price fluctuations for the USD, as market sentiment has an impact.

The highest number of jobs recorded was for the leisure and hospitality sector, which is reflective of the recovery the industry has witnessed in recent times.

At the time of writing, the rate of employment in the US has not recovered to pre-pandemic levels. In relation to the economy, this could mean a continuing negative impact on the US, and as such a potential rise in inflation rates. In turn, this could affect the value of the USD, and the exchange rate with the currencies of other nations.

The USD is widely known as the base currency of the world, and so any changes in the health of the US economy can have a big impact on the forex market. Forex traders will likely monitor the rates of employment and unemployment as the data is released, to evaluate the report’s influence on Major currency pairs.

It’s also important to see the change in interest rates as a result of the Nonfarm Payrolls Report, which again will influence both the health of the economy and the value of the dollar.

Using the Nonfarm Payrolls Report as part of fundamental analysis, forex traders can enter or exit their position on the market accordingly, in relation to Major currency pairs.