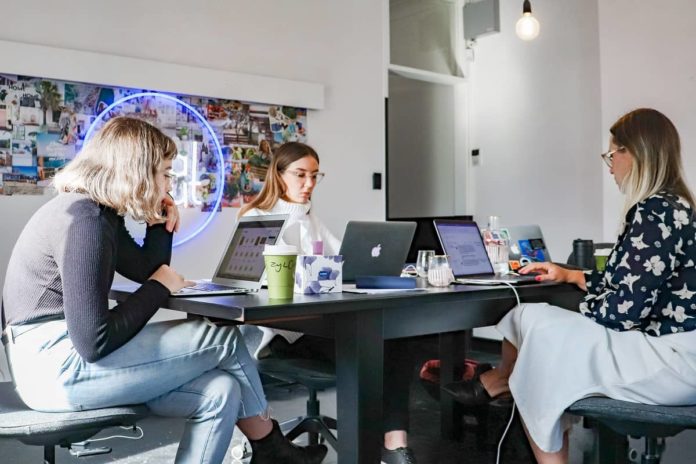 While much of the world is beginning to put the pandemic behind it, its economic impact is likely to linger for some years to come. For larger businesses, the sudden lockdowns saw a period of rapid adaptation that not all of them survived, let alone thrived in. Old processes and ideas had to be upended, and new ways of working embraced.

This was less of a problem in the Netherlands. With startups being so central to the Dutch economy, small businesses were able to react more quickly than their larger counterparts, and adapt more successfully to the environment of the pandemic. Having ridden out the storm, these startups are now reaping the rewards – and look set to take the world by storm.

The Netherlands has long been earmarked as a potential hot-spot for European startups. While Berlin, London and Paris have dominated in years gone by, the Dutch have a few key advantages. One big one for attracting international talent and investment is English proficiency, and the Netherlands has the highest percentage of fluent English speakers outside of England itself.

The benefits don’t stop there, however. With the startup scene centred on Amsterdam, quality of life is a big part of the appeal. This extends beyond the usual stereotypes about Amsterdam to its beautiful architecture, bike-friendliness, diverse cuisine and incredible nightlife, all of which make it an ideal city for young startup talent.

The facilities for startups are also appealing. Tech startups are among the fastest growing in the country, and it’s little wonder given the super-fast fibre internet and wealth of co-working spaces, not to mention the strong rail links to the rest of the continent. There are also plenty of cafes, bars and restaurants to meet up in, work and share ideas – and yes, both kinds of ‘coffee shops’ to partake of!

A platform for success

There are plenty of great places to live that don’t have a great startup culture, however. What really helped Dutch startups to prosper during the pandemic was the country’s strong infrastructure, both in terms of financial support and incentives, and physical resources. This stems from the government’s push to unify Dutch startups into a single hub, providing a clear pathway – from setting up, to getting funding, to scaling up and expanding.

To achieve this, the government set up TechLeap (formerly Startup Delta), a non profit, publicly funded organisation dedicated to supporting and expanding the Dutch startup ecosystem. From providing advice and support to startups, to helping source funding and develop local infrastructure, TechLeap has played a crucial role in developing the Netherlands into a competitive home for tech startups.

Thanks to the lifestyle, strong broadband infrastructure, an open and competitive market, and a steady flow of talent from the Netherlands’ world-leading universities, tech startups have made themselves at home in the country. Brexit has also had a sizeable impact, with many startups choosing to relocate to the Netherlands or abandoning plans to set up in London – and many larger companies shifting much of their presence away from the UK.

Government support has been particularly forthcoming during the pandemic, when many startups needed it most. In conjunction with TechLeap and another organisation, InvestNL, the Dutch government provided 100 million euros in bridging loans to small businesses back in April 2020. TechLeap’s network of over 90 accelerators and incubators meanwhile has been crucial to finding seed funding for startups over the past year.

Thanks to the Netherlands’ focus on appealing to tech startups, it’s also managed to weather a particularly prominent aspect of the coronavirus – remote working. With tech startups being particularly agile – and well acquainted with digital communication tools – switching to platforms like Zoom, Teams and Slack has been straightforward. In many cases, they were being used already as part of a flexible working policy, meaning the framework was already in place to enable working from home.

Because of these advantages, Dutch startups were able not just to survive the pandemic, but to thrive. Startup jobs grew by 8% annually between 2017 and 2020, and by 4% over the course of 2020, by far the largest job growth by sector in the country. This has been aided by the government’s Ambitious Entrepreneurship Action Plan, which has made it easier to gain funding and to secure temporary residence permits for non-EU entrepreneurs – a transition which is increasingly being made now that travel restrictions are being eased.

Coming out of the pandemic and into the back end of 2021, the Netherlands is ideally positioned to continue this growth, and begin to dominate the European startup scene. The shift to new technologies that was driven by remote working has caused a sea change among many employers, who are now looking for more and newer tools to improve productivity and connectivity. Dutch startups are already benefiting from both their tech acumen and English proficiency, and have been quick to cater to this new demand.

While its competitors suffer under the uncertainty of Brexit, struggling economies and changes in leadership, the Netherlands provides both stability and a high quality of life. For investors looking for the next big European startup – or entrepreneurs in the UK and North America looking for an EU base – there can be few better places to live, work or trade.

Katya Puyraud is the co-owner of Euro Start Entreprises, specialising in company formation in Europe. They have helped budding entrepreneurs and expanding SMEs, as well as helping people to start a business in France.